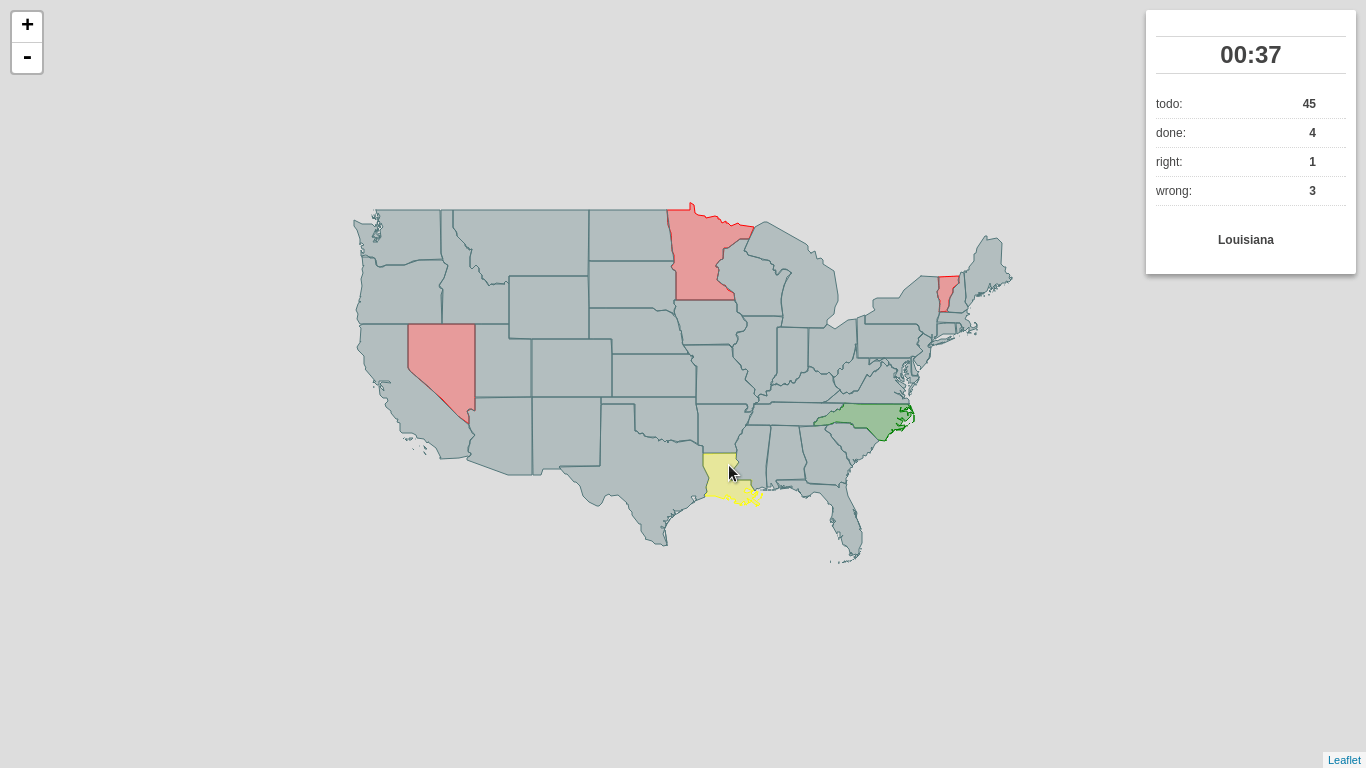 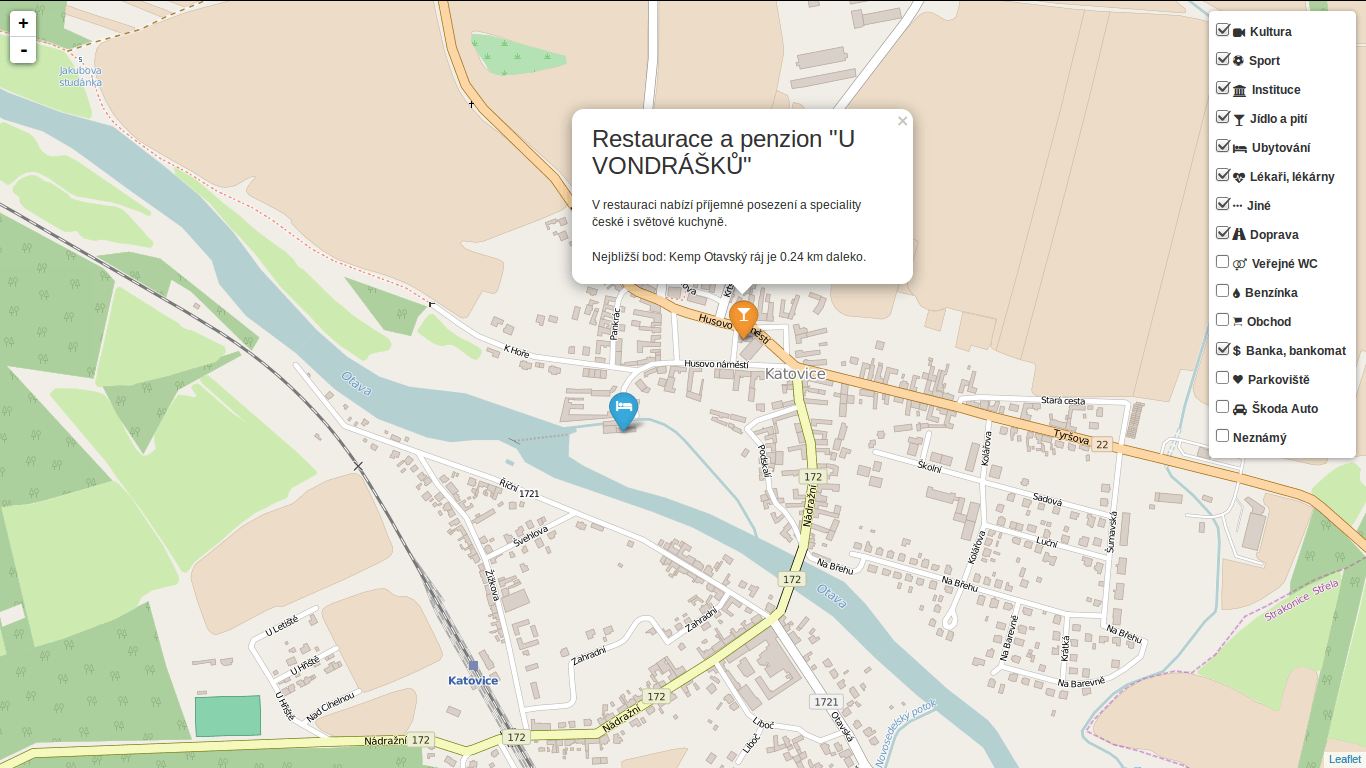 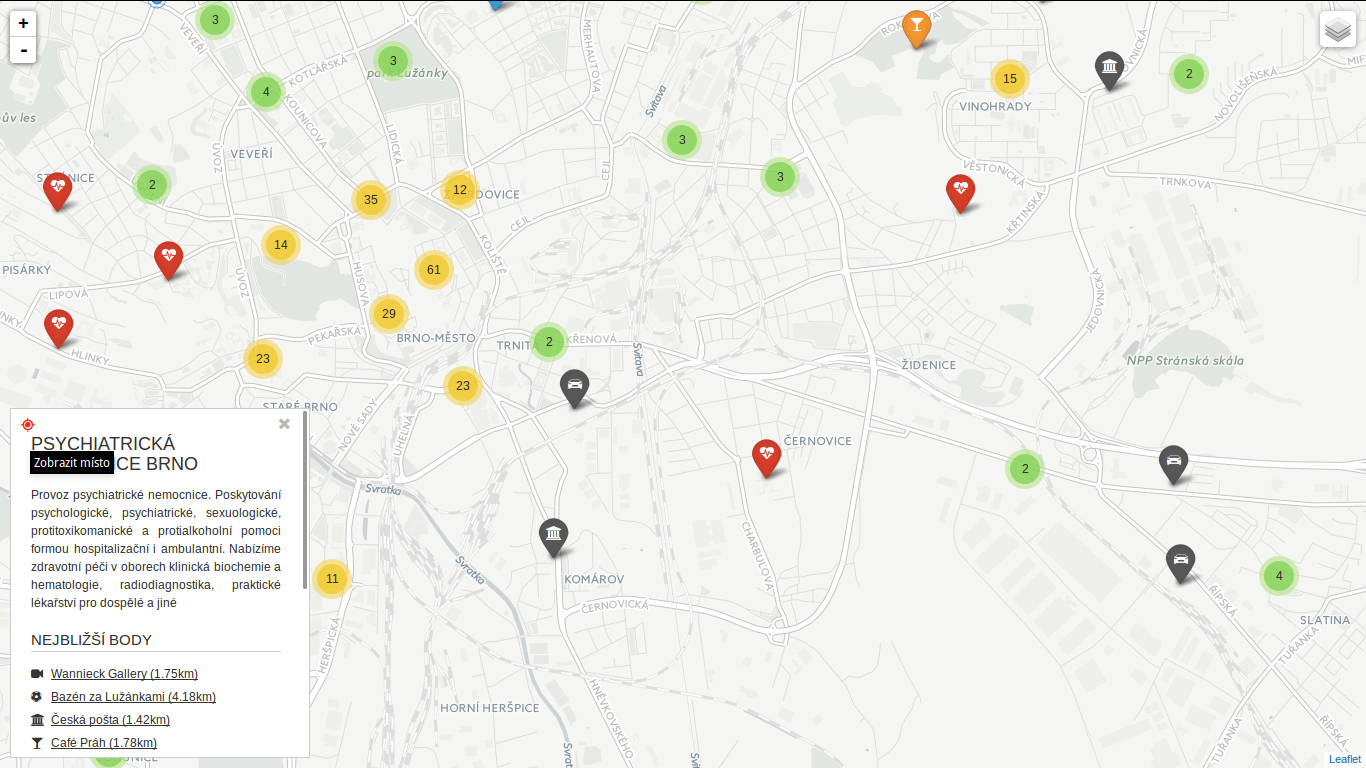 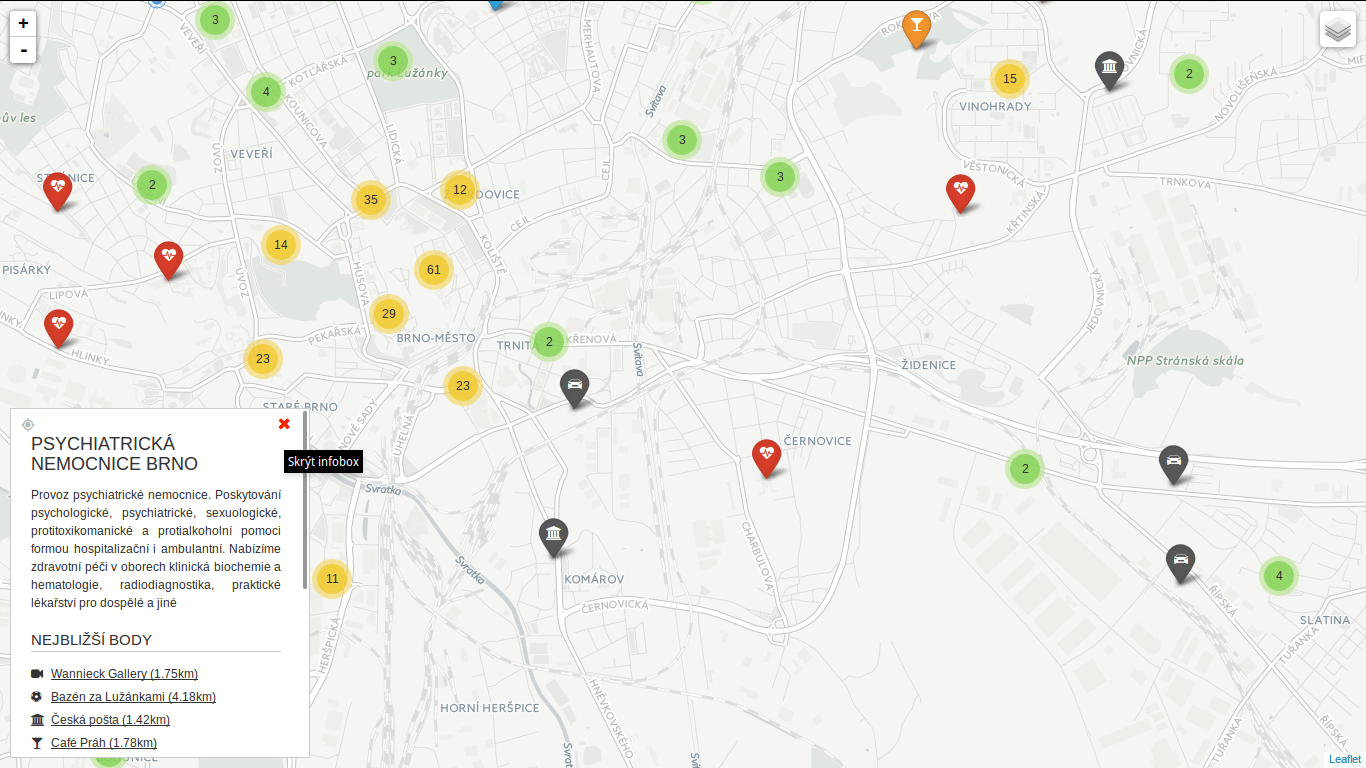 If you ever find yourself in need to use custom projection with Leaflet, feel free to start with this example of Czech national coordinate system. All you need is Leaflet, proj4.js and proj4 for Leaflet plugin. I’m still not sure how origin coordinates work though. 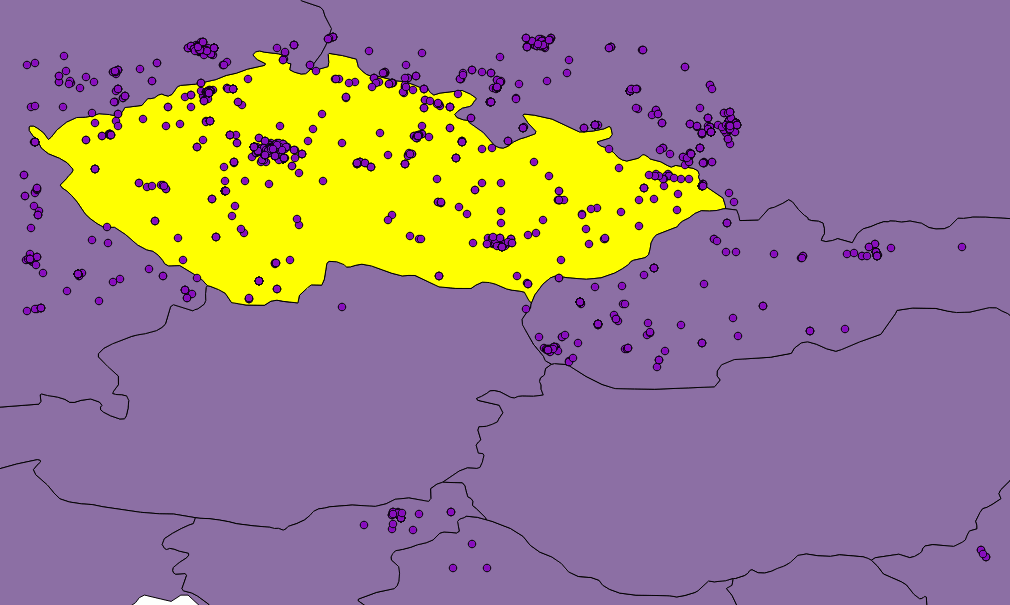 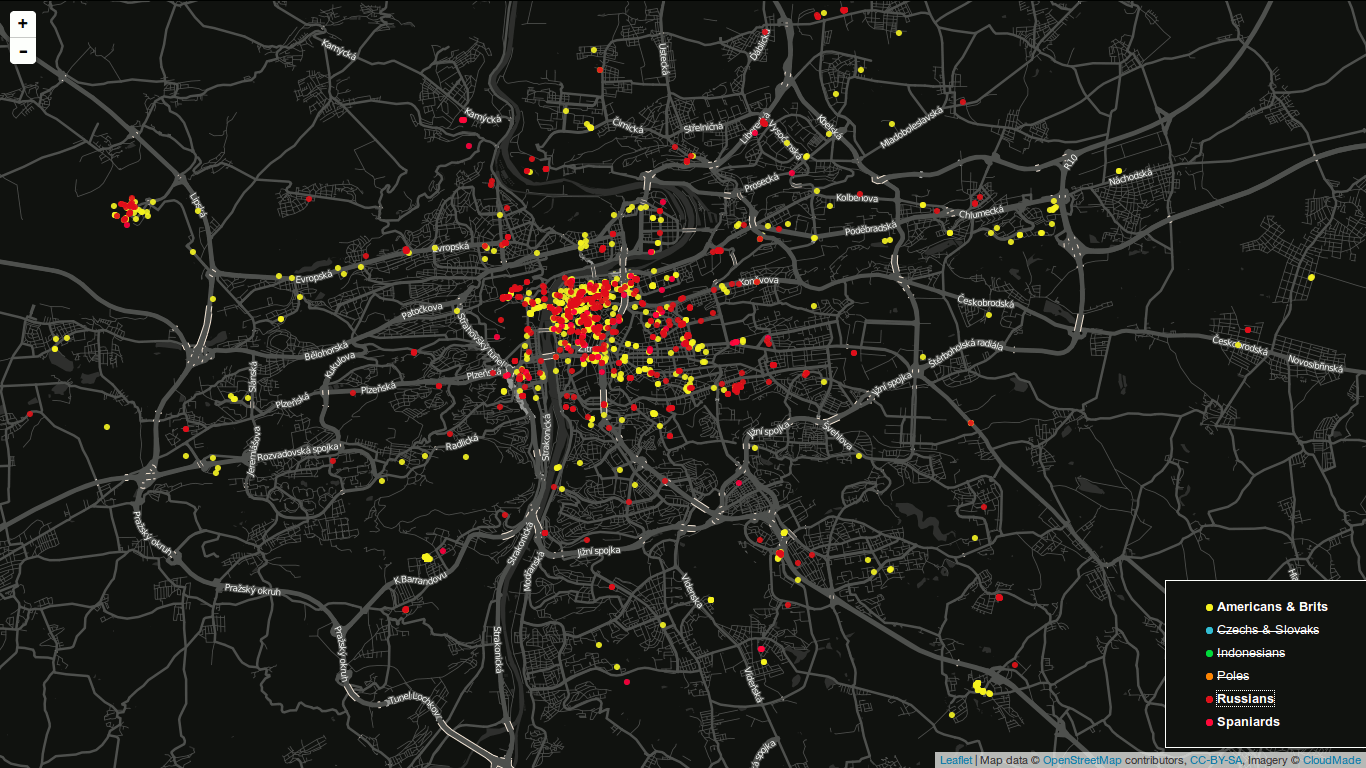 I’ve made a simple Leaflet control that displays coordinates when user clicks the map. It is possible to copy them out by clicking the control.

You can find it in a list of Leaflet plugins as well (Controls and Interaction section). My first contribution to the open source world ever.